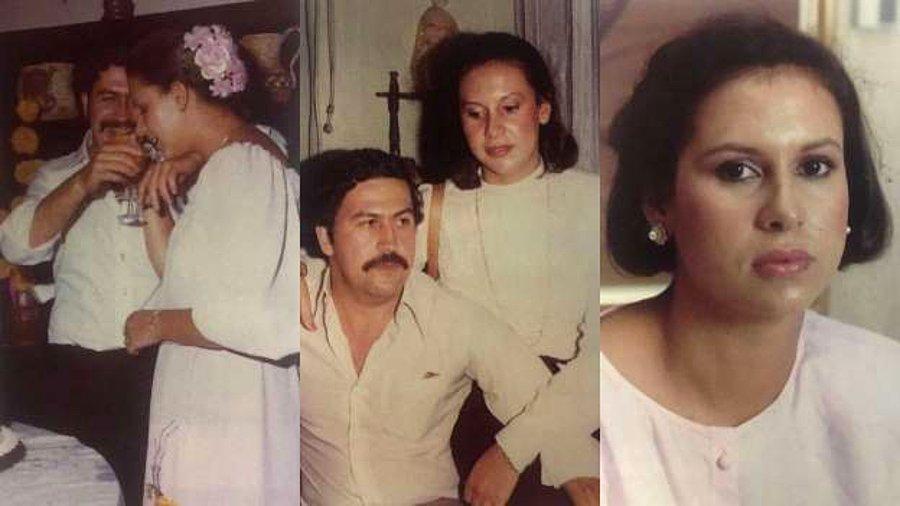 Maria Victoria Henao (now living under the alias of Maria Isabel Santos Caballero) is the helpless wife of Pablo Escobar, who went down in history as one of the most brutal criminals of all time, but is mythologized by some. Being the wife of a giant mafia Cartel may sound nice, but what happens on the unseen part of the iceberg is deplorable. What happened to her was a quite mystery but we are about to learn the past of Pablo Escobar’s and her wife.

The unknowns about Maria Victoria Henao were lit up a bit with the book she wrote. Bringing light to her entire past, Henao told us about the difficult times she went through, how the man she fell in love with turned into a drug lord and a psychopath, and the pain she went through in her book, in a very candid way that allows us to see her in the most realistic way.

We all witnessed the brutal crimes of Pablo Escobar more closely by watching the famous TV series Narcos. And do you know what happened to Pablo Escobar’s wife after he was shot in 1993? Maria, who had gone through hard times during and after her husband’s death, sought refuge and struggled to survive. They settled in Buenos Aires, the capital of Argentina, and changed their names. In short, life was never the same for her after Escobar entered her life.

How did Maria Victoria Henao and Pablo Escobar get married?

They met when Maria was 13, and a passionate love story began. Pablo was exactly 10 years older than Maria. Although their families were completely against this relationship, the love between them prevailed and they got married after a while. Maria didn’t know he was a drug lord when she married him.

According to Maria Victoria Henao, she got pregnant at the age of 14 and Escobar forced her to have an abortion. She has been in therapy for a long time because of the psychological pressure created by this event. Falling in love with the inexperience of her age, Maria was too naive to care who Pablo was. Pablo did his best to endear himself to her, and a year after their marriage they gave birth to a child they named Juan.

Was money or peace more valuable to her?

Escobar was one of the most well-known criminals in the world, having committed very dangerous crimes. Responsible for a large percentage of the world’s drug market, Escobar was quite wealthy and his fortune was priceless. He had his own airport, countless mansions, cars, and hundreds of apartments in the city of Medellin. However, after a while, due to the conflict with the state, he started to lose everything one by one.

According to Maria’s confessions, she also liked this rich, shiny and easy life. Even though she did not know what her husband was doing, this glamorous life fascinated her for a while, as she came from a poor family. However, after a while, things started to get messy and with the effect of this rapidly rising wealth, Escobar, the Prince Charming for Maria, underwent a great change. And from that moment on, things started to take a dramatic turn for Maria.

From Prince Charming to a lost husband

After a while, Pablo Escobar began disappearing without telling his wife, Maria, and began to act indifferent. He was with other women. Also he did not tell his wife about any of his work, and this incident began to affect Maria deeply. However, as sad as the situation was for Maria, she tried to do her best so that her children would not be affected by this situation.

Although Maria knew Pablo was not a very decent person when she met him, it was starting to devastate her to see him becoming more and more deceitful, manipulative, and paranoid. And this has seriously damaged their relationship. Still, Maria remained silent, not wanting to leave behind the opportunities she had.

A helpless woman who knows nothing

She claims she did not know that Escobar assassinated Justice Minister Rodrigo Lara in 1984, even though she is aware of how troubled her husband is. Moreover, she learned much later that it was Pablo’s fault when he went to war with the state by killing the presidential candidate and blowing up the passenger plane. In short, the relationship between Maria and her husband had degenerated so much that they could no longer recognize each other.

In 1993, after Pablo Escobar was seriously injured in a gunfight and resulted as death, his wife Maria’s whole life changed. Now she had to take matters into her own hands, and she decided to abandon the fame and money for the life of her children, her own life, and fight for survival.

Although she thought she was safe for a while, there was always danger behind Maria. And she had to constantly protect herself and her family. Although she was imprisoned for a short period of time for money laundering in 1999, she was found to be innocent. She was later detained for helping a Colombian drug dealer hide money. She did not admit the accusations. Also she argued that they were targeted because of their old surnames. She was released after she was found not guilty again.

What happened to his money after Escobar’s death?

Escobar had so much money that he buried most of it in vacant lots in his own village. However, it is said that he left a large amount of money for his family. But there are also claims that this money did not reach to his family. Liquid assets have been confiscated by the state, but fixed assets or hidden money still remain a mystery.

We don’t know what happened to Pablo Escobar’s money and if his wife took it. Rumor has it that Maria somehow got the money and didn’t tell anyone about it. However, this may also be a lie of the media or the community accusing Maria. Despite everything, Maria tries to continue her calm and peaceful life without attracting attention.

What remains is; shame, disappointment and accusations

Maria apologized to the Colombians and the whole world for all the bad things that had happened. Expressing sternly and truthfully that she no longer had any connection with her husband. Maria spoke of Escobar like a stranger. The man who had become the love of her life was now a mixture of pain, deep shame, and disappointment for her.

Some people still think that Maria is as guilty as Escobar and they accuse her. Despite all this, Maria keeps her head high, does not compromise her personality and fights for her life. They are still trying to live a peaceful life with their family. Their lives were adapted into the highly acclaimed series Narcos, and it reached huge audiences. Despite the family thinks the opposite, Escobar’s life is tried to be divinized with the influence of Netflix’s Narcos series. Maria says that not everything in the series is as it seems and complains that there are inconsistent events.

What do you think about it? Do you think Maria is still guilty despite the tragic events she experienced? We look forward to your comments…