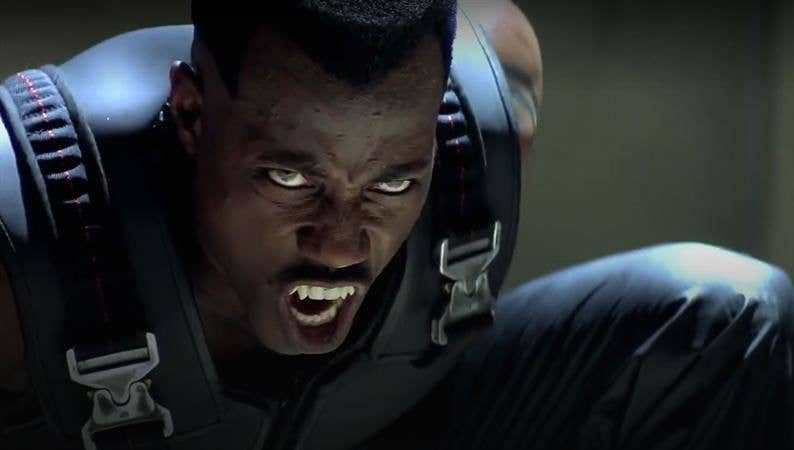 Some who knew me as a child might be surprised to hear this, but I was (in my early teens) a HUGE fan of Blade at the time. I have vague memories of seeing this film on television (at the same time as Blade II) and being fascinated by what I saw. I didn’t understand half of it, I didn’t even know Blade was from Marvel Comics, but I knew I saw something incredible!

As I understand it, Blade was the first successful Marvel film and laid the foundation for the X-Men films, Fantastic Four, and many years later you could say the Marvel film world. It all started with Blade. For those who don’t know: Blade is a Daywalker, a half vampire who spends his nights hunting and killing any vampire he can find. Unlike normal vampires, Blade can move in daylight and has some formidable weapons in his arsenal. In the film Blade meets Deacon Frost (Stephen Dorff), who has his own plans for the world of vampires. Along the way, Blade is forced to take care of Dr. Karen Jenson (N’Bushe Wright) and teach her the basics of vampire fighting after being attacked and bitten by a vampire herself.

When I sat down to see Blade again, it was soon fifteen or sixteen years ago that I had seen it, so I had completely forgotten how bad it was. Although the film is 22 years old, it doesn’t seem dated, although I have to admit that some CGI effects are not very well outdated. Even then all it takes is a wink and it’s over, and I find it confusing to mention it. Seriously, computer-generated images look good for the most part because they were made in the late 1990s, which is proof of the hard work filmmakers put into this film at that time. As good as it was then, it looks even better after the switch to Blu-ray (and I can only imagine what it looks like in 4K).

Wesley Snipes is absent from all the scenes he’s in. As soon as he arrived in Daywalker mode, I immediately understood why everyone put pressure on the snipers to take over his role in the MCU. I mean, my god…. his presence as a knife is unrealistic. You won’t see his canines until the very end of the film (unless I missed them), but there’s no doubt that Blade is more than human from the moment he appears in the film. He’s also such a tough guy with a sword, I loved watching all the fight scenes. While I have no doubt that Mahershala Ali will make an AMAZING Blade, I sincerely hope that Wesley Snipes will appear in some form in the MCU Blade movie. It’s something I have to do. 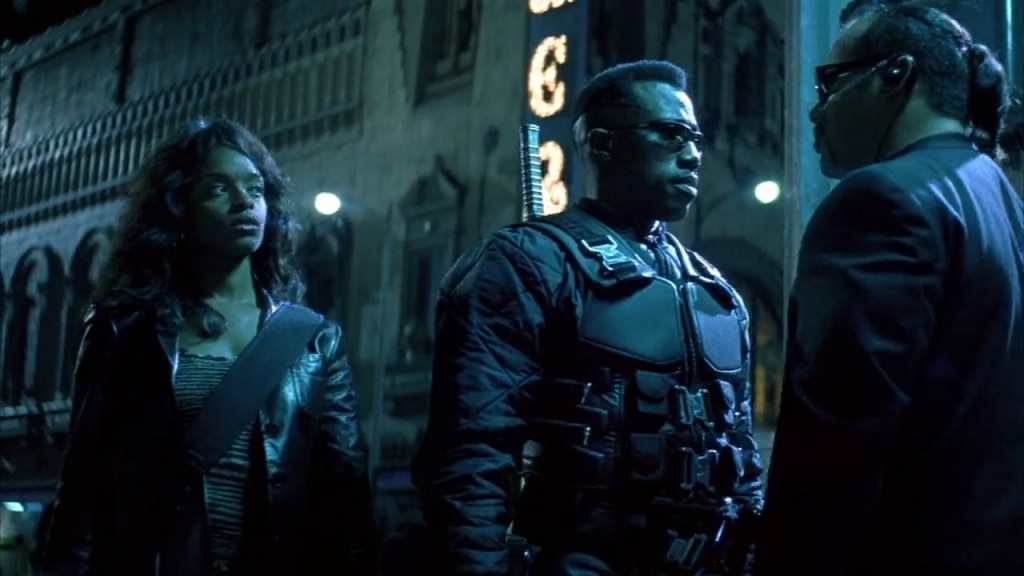 I think it’s great that the role of Everyman in the film is played by a woman. I think that’s why it was so easy for me as a teenager to watch this movie. I could identify with Karen and this fear of being confronted with a world that is suddenly no longer what is expected of him. N’Bushe Wright makes Karen a real bad guy at the end of the film, even if she gets caught, she won’t let herself get shot. He resists, and for that reason alone, I will always defend Blade as one of the best comics ever made.

I must also congratulate Blade on creating a vampire society that seems incredibly credible. The fact is, vampires have infiltrated every conceivable layer of human society. In fact, he silently suggests that vampires are about to dominate human society as a whole, even if they emerge from the shadows. As soon as that fact is revealed in the film, we start looking at every person our characters pass through twice, and that’s actually enough to make you a little paranoid. 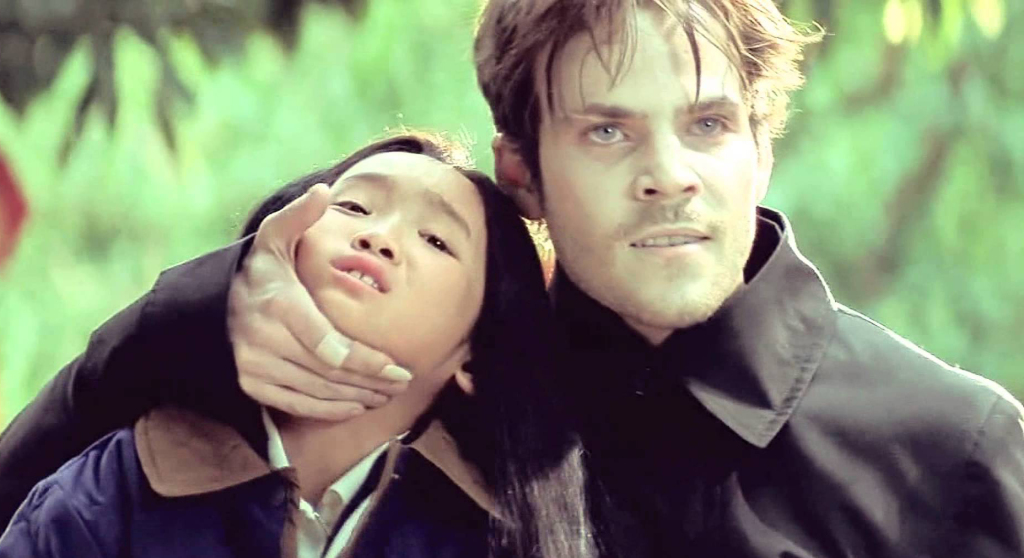 Once again, I must return to the intensity that pervades this film. That may not be the case, but Blade has a certain awkwardness that doesn’t exist in the MCU, and that sets him apart nicely. What I mean is that since they’re still figuring out how to turn Marvel stories into good movies, Blade has a rough, huge grain that makes it look like there’s something much bigger in the shadows (the MCU is much finer tuned by comparison). It was so refreshing to see a film like this again, and I hope the new Blade film will take on a bit of that intensity and roughness (which is possible because it’s the film that introduces vampires to the MCU, assuming Morbius doesn’t count).

After seeing how Blade was updated to Blu-ray, I can only hope and pray that a similar update will be done for Blade II and, yes, even for Blade Trinity (I’m a completion fanatic, I’d hate not to update the whole trilogy).

Let me know what you think of Blade in the comments below, and have a great day!

Become sponsor of the blog on Patreon.com/musicgamer460