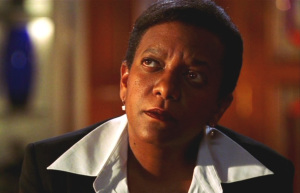 To find someone else from the comics in Smallville, you have to go to season 3 where some of them show up. The first in chronological order is in episode 5, Perry, and that is Dr. Claire Foster, represented by Lorena Gale. In the show, she is Lex Luthor’s psychiatrist, but she is secretly paid by her father Lionel because she was hired to manipulate Lex into believing he has a psychotic break. She finally manages to admit him to Belle Reve’s sanatorium, but is killed by Lionel when she refuses to order electroshock therapy for her son. In the comic book, Foster is a psychiatrist for the superhuman community, and fortunately for her, she has never stood in the way of the Luthor family. Let’s look at it together.

Dr. Claire Foster lived and worked in New York City, where she obtained her psychiatric license and opened her first practice, and where her specialization allowed her to thrive even in the midst of intense competition: Foster began to treat patients who were mostly superhuman, which required a lot of extra skills, because most of them could not say much about their secret identity and therefore withheld certain information, and of course they all faced problems which, although basically human, were of cosmic proportions. Among his first customers, Marcian Manhunter, and they 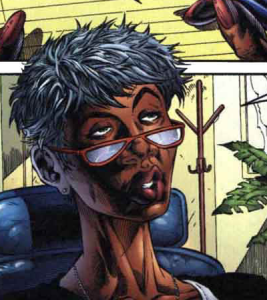 helped him treat the roots of his pyrophobia. The treatment apparently went well, because Hunter soon asked him for help from another colleague: Superman himself. Superman suffered from nightmares and dreams in which he lost control of his enemies and broke his only rule: Don’t kill. This form of fear, he says, began with the Imperious War, but Dr Foster thought it had older roots, and they explored his past together, as far as their patient’s secret identity allowed. Speaking of his recently deceased friend Aquaman, Superman noted that he shared a strong bond and closeness with him after his first visit to Atlantis, and from there Foster helped him find the underlying problem: his crippling loneliness, which stems from the fact that he was the last of his people who were doomed to never see his homeland disappear years ago. Superman made sure there were people who cared about him, his wife on one side and his adoptive parents on the other…. although the latter also caused some problems, after having died years ago and suddenly come back to life shortly before, with different personalities, who of course questioned the emotional stability of the Man of Steel. Then his wife had spent some time in Europe getting to know her mother, who had just taken over her life, which indicated what Dr. Foster believed: Superman felt lonely and that, combined with the weight of his immense strength, made him afraid of his responsibilities.

Superman came for many sessions, and Foster tried to explore every possible aspect of his unique life with him, until finally the hero cheerfully announced that his nightmares were over and his fear was gone. The evil Manchester Black actually provoked him and pushed him almost to the point where he didn’t come back, but his morals prevailed and he didn’t kill Black or any of his party members. Dr. Foster realized that Superman’s http://server.digimetriq.com/wp-content/uploads/2021/01/1610169732_511_Claire-Foster—Whos-Who.jpg – Die-Who.jpg ethics was stronger than any of his injuries, and fortunately fired him, preserving any further advice he might need in the future. In the meantime, thanks to her skills, she received an offer from a famous TV station that promised her a talk show of her own for the day. She accepted the offer and moved to Metropolis, where she directed Dr. Claire and received people from all over the world in her studio. The new hero, Japan’s most outstanding super-bat, has invited his entire team, the Super Young Team, to the show in the hope that they will stop their irresponsible behaviour and start behaving like real heroes. Dr. Foster acknowledged that the group spent more time on merchandising than fighting crime, and tried to understand it all, but the group therapy itself was not easy, certainly not live on camera…… Not to mention that the show was interrupted by Ultimon Alpha, another super-boy who, contrary to what Dr. Foster said, had his own advice for the young team. In general, private therapy remained the best part of Foster’s work, and she had a lot of work to do. After the so-called final crisis, a total invasion of the earth by Apokolip’s forces, many heroes needed psychiatric help and Dr. Foster had a difficult patient, another stranger: Starfire, that was about post-war precariousness. Despite the success of her show, Dr. Claire Foster has helped many more people in her regular work than she did in front of the camera, and she has decided to stick with it: After all, she saved the world day after day by maintaining the mental and emotional balance of her protégés.

Dr. Claire Foster is a brilliant and serious psychiatrist who has made her profession unique and brought it to perfection. As a specialist in superhumans, Foster is able to find the human core in the psychological problems of extraterrestrials, demigods and wizards and help them deal with emotional traumas, uncertainties and fears, even if they work with the little information the characters give about their personal lives. As a professional like few others, Dr. Foster faces an incredible responsibility every day, as the fate of the planet itself rests on the shoulders of those who support its defenders….